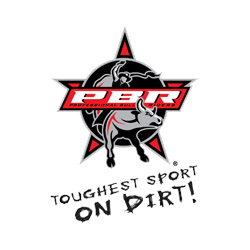 Owned by Julio Moreno Bucking Bulls, Bushwacker is an American Bucking Bull born in 2005, currently weighing in at 1500 pounds. His record is 50-1 against the top bull riders in the world with an average buck-off time of 3.28 seconds. Bushwacker will join other top-ranked bulls, including Nitro Carrilo Cartel as they prepare for the PBR World Finals in Las Vegas, October 23-27, 2013.